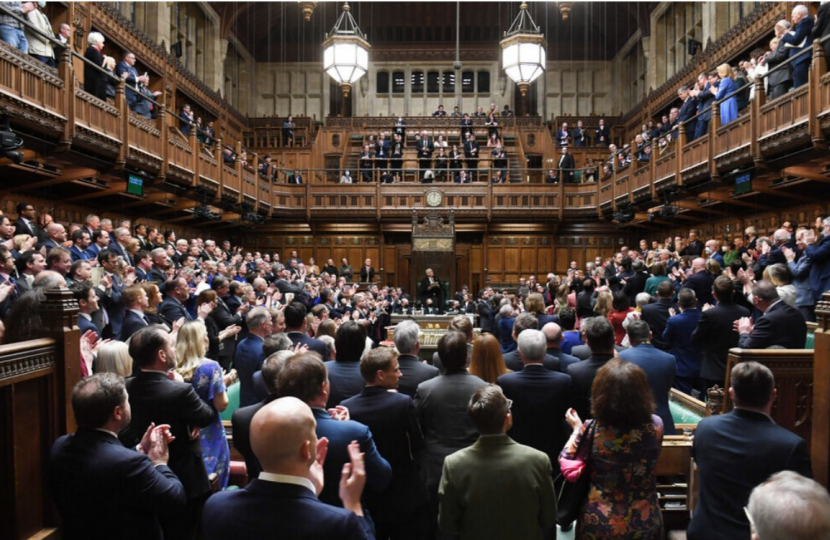 I recently met with the Ukrainian Minister for Agrarian Policy and Food at the Action for Climate Summit. We discussed the situation in his country and that we hoped for a peaceful solution. Unfortunately, this was not to be and days after this meeting Putin launched the unprovoked and illegal invasion of Ukraine.

The UK and our allies have been clear all along that there would be a severe cost for any further Russian military incursion into Ukraine. We have shown leadership on the global stage in support of Ukraine over these past months and played a leading role in encouraging the West to impose the most severe and coordinated package of sanctions Russia has ever faced in response to Putin's illegal invasion of Ukraine. We are strangling the Russian economy with financial sanctions, with the Russian Central Bank more than doubling its benchmark interest rate, to 20 percent, to stem the ruble’s fall.

In addition to economic sanctions the UK has worked to support Ukraine's security and defence. We have trained over 22,000 members of the Ukrainian Army through Operation ORBITAL and, since 2019, assisted Ukraine to build up and sustain a naval capability. In the months prior to the invasion, we provided extra support in the form of 2000 anti-armour missiles, which the Ukrainians are now putting to good use. The UK has sent further military support to Ukraine since the invasion.

More than 1,000 British troops have been made ready to support NATO and allies in the event of a humanitarian crisis. These troops are at readiness in the UK to support a humanitarian response in the region should it be needed. We have also deployed more troops to NATO’s Enhanced Forward Presence than any other Ally.

On Sunday, we announced that the UK was sending an additional £40 million in humanitarian aid to Ukraine, bringing the total amount of UK aid pledged this year to £220 million. The UK is also guaranteeing up to $500 million of loans to Ukraine through Multilateral Development Banks.

I know constituents have expressed their desire to welcome Ukrainians into the UK fleeing the current conflict. This week the government announced the UK could take in 200,000 or more Ukrainian refugees as we extend our help to more people fleeing the war. The scheme allowing close relatives of Ukrainian people settled in the UK to come over will be widened to include adult parents, grandparents, children over 18 and siblings. UK firms will also be able to sponsor a Ukrainian entering the country. The family scheme and the sponsorship pathway would allow Ukrainians to live in the UK for an initial 12 months and they would be able to work and access public services. This is very welcome news and I know Suffolk will be ready to welcome any Ukrainians needing our help.

As I’m sure you will appreciate this is a fast-moving situation which is subject to change, both on the ground and in terms of aid and support. I will endeavour to keep constituents up to date through regular updates on my social media and websites and would encourage anyone with family in Ukraine needing help to contact my office.

My thoughts are with the Ukrainian people and their President, whose defiance, courage and patriotism in the face of foreign aggression is inspiring. Putin must fail. The UK Government, standing alongside our friends in Ukraine and allies around the world, using all possible means at its disposal, is urgently engaged upon ensuring he does.

These costly strikes hurt individuals and the economy. They make it more difficult for people to get to work, NHS appointments and students to sit exams.