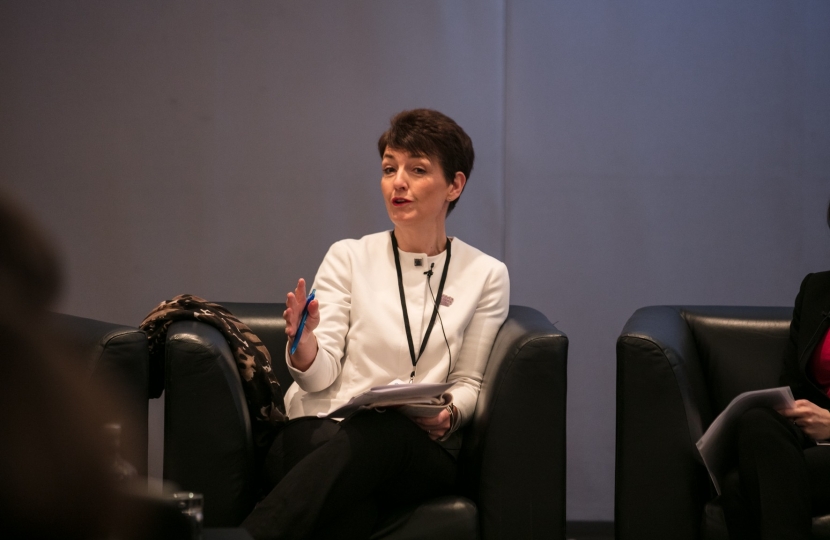 "Since the election and the subsequent Queen’s Speech debate last week, the current freeze on public sector pay has now come to the fore. The cap, which has been in place since 2010, was introduced to help ensure as a country, we lived within our means to reduce the nation’s overall deficit.

In seven years, the Government has been able to reduce the deficit by three quarters, to about £52 billion or 2.6% of GDP. These figures, at their lowest since the financial crash, are an outstanding achievement to near balancing the books. However, this has come at a cost; with a strain on hard working public sector workers, including our NHS and armed forces, and also on the UK’s overall debt burden.

Therefore, whilst the deficit is now approaching a more sustainable level, we are currently faced with a choice but one which, whatever the decision, will have economic consequences.

Removing the cap would almost certainly require increased taxes and this is a popular option for many.  However, taxes may not simply be enough as the Institute for Fiscal Studies estimates that increased public sector pay in line with the private sector, would cost an extra £6.3 billion a year. Whilst raised taxes could cover a proportion of this, ultimately, the government would be forced to borrow more. With interest payments on outstanding debt running into the trillions, borrowing is an option but one which comes with its risks; especially as we enter into Brexit negotiations and anticipate a fall in market rates.

However, it is right to say the public as a whole is weary of squeezed spending, particularly now as we move ever closer to stabilising the economy. The difficulties our NHS and schools are facing in attracting and retaining staff, is just one sign of this. Without skilled staff, we jeopardise the quality of our services and ultimately our economy. However, I reject the Labour Party’s solution simply to tax business profits and wealth, as a sustainable solution to our economic problems. To do so would drive investment and capital out of our economy and guarantee workers would foot the bill for a high spending, frivolously run economy based on high taxation or high unemployment.

It is clear, therefore, there is a balance to be found and one which requires difficult choices to be made. The vote last week was a first test of this new Government to win the confidence of MPs. However the decision not to vote with the opposition, to end the public sector pay freeze as well as to reverse other measures, does not mean that this debate is closed.

In fact, both Labour Party and the Conservative Government have said they will look to the results of recommendations, due later this month, from two public sector pay review bodies into individual areas of public sector pay. I welcome this approach and believe that we must look at what challenges there are in our public sector alone, aside from just the overall economic picture. Furthermore, this is not just about lifting the cap universally, but about applying any changes fairly. For instance, due to the grade progression system within the nursing profession, the average wage of some nurses has in fact risen by 3.4% above the 1% cap.

This is why I want to see whatever decision we take, striking the right balance in supporting our public sector and its work force. Ensuring we neither tax those hard working staff, to the point where any benefit is lost, nor undo a decade of hard work to reduce our debt only to see it burdened onto future generations. Yet above all else, politicians and the government must ensure we are listening and communicating effectively with changing public opinion on such matters. This is something we must all achieve, going forward."