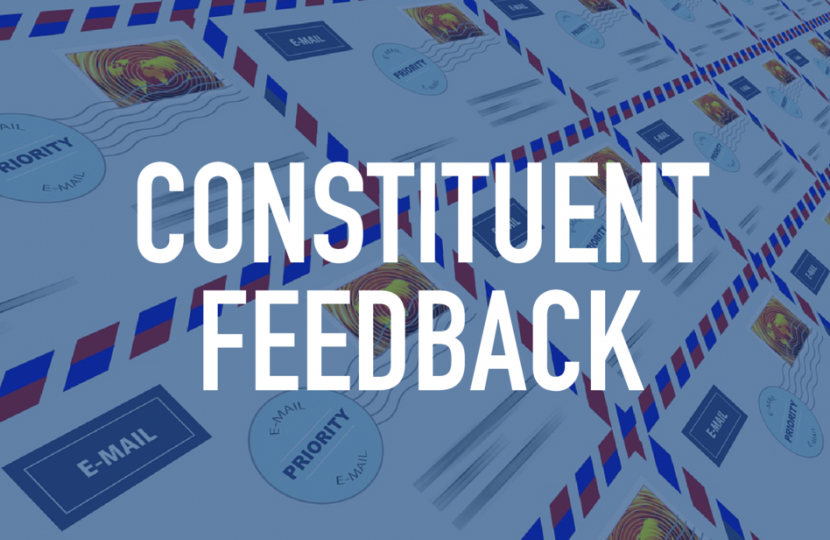 Ms Churchill and her team have been absolutely wonderful in helping me get an answer from the Home Office regarding a long pending decision for my wife's visa. They are compassionate, and understanding of people's circumstances and appreciate urgency in matters. I feel lucky to be living with Ms Churchill as my MP as her and her office have proven that they truly care for the general public and do not shy away from going the extra mile to help those in need.
All the very best of luck to the team in the future.

We had a complicated issue concerning the removal of high voltage cables from above our timber built park homes. With up to 15 individuals representing multiple agencies, the issue dragged on for nearly three years. Involving Jo Churchill MP quickly brought a resolution.

We live in the countryside a few miles from Thurston and 2 years ago our download speeds hovered around 1 MbpS and upload around 0.2 Mbps. At that time BT stated there were no plans to upgrade in the area. This awful service had a serious impact on work and leisure. I wrote to Jo to ask her to intervene as she had demonstrated a keen interest in rural broadband services in her constituency. The following two years were a roller-coaster but Jo’s fantastic team never gave up and nudged and helped at every stage. The service improved a bit to 4 and 1 Mbps. Eventually full fibre to premises was promised, dates were agreed but then cancelled and delivery delayed indefinitely. Jo’s colleagues understood the issues and put further pressure on BT and Openreach. Finally, after many adventures Openreach provided FFTP and today my speeds are a very respectable 95 and 52 Mbps. There were so many issues over the period I could write a book about confusion, misinformation, denials and unfulfilled promises from both BT and Openreach. Only through Jo’s colleagues was I eventually able to talk and email directly with ‘high level’ customer service officers in both organisations to break a seemingly endless series of head-banging impasses. Bizarrely, BT and Openreach often appeared to have completely conflicting information.
I am certain that these problems could never have been resolved or even addressed without the help of Jo’s team, especially the fantastic staff in Jo’s Constituency Office.

We were having problems applying for a national insurance number for my son so he could complete his student loan applications. Reached out to Jo as a desperate last resort, I was very surprised to get such a swift response and delighted with the support and follow up I received.  Really very grateful for your help- student loan in progress, many thanks for your help- much appreciated!

Feedback was prompt and helpful. The contact you sent me at the charitable donations regulator really helped me to get my refund from Just Giving.