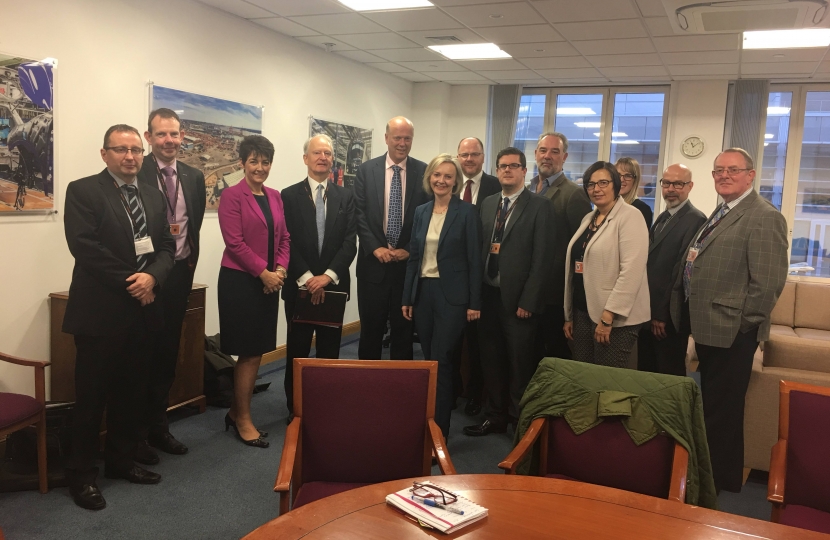 On Wednesday 11th October, MPs from Norfolk and Suffolk met with the Secretary of State for Transport, Chris Grayling MP to discuss Ely rail junction, the key railway intersection.

The meeting secured a crucial commitment from the Department for Transport to address the blockages at this key intersection by including it within the Department’s national infrastructure projects.

MPs were joined at the meeting by members of both the Greater Cambridge Greater Peterborough LEP and the New Anglia LEP, as well as key local councillors and members of the freight industry.

The Secretary of State committed to including Ely Junction in Control Period 6 (CP6) to deliver vital upgrades of the rail junction, as well as the associated work on the roads and the level crossing in the Ely area. This could see plans underway as early as 2019.

“The purpose of this meeting with the Secretary of State was to put forward the overwhelming business case for improvements at Ely Junction. His response “‘we will do it’”, is a job well done.

Working together, the next stage is to ensure accurate costings are with the Department at the earliest point.

Blockages at Ely Junction obstruct economic growth across our eastern region and create lengthy commuter delays for my constituents. Improvements at this intersection are therefore paramount.

Having secured the green light for funding, it is now the job of myself and colleagues to fight to ensure these vital improvements at Ely Junction are delivered."