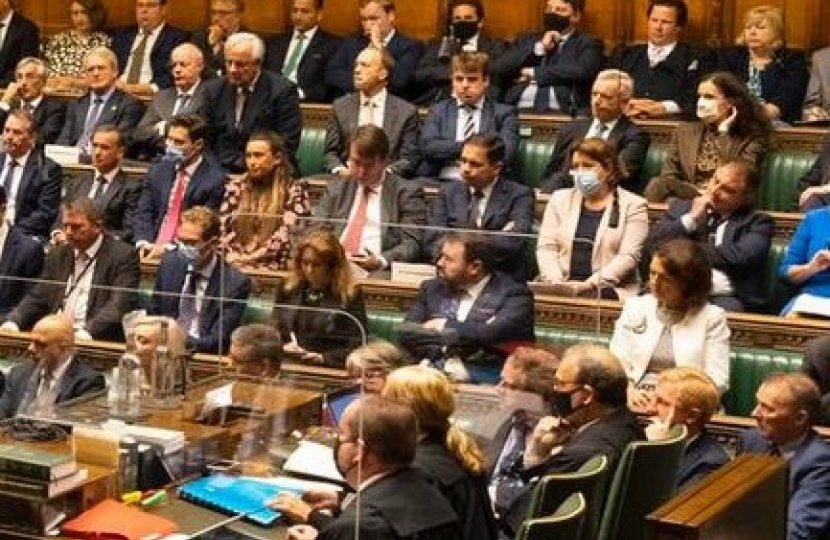 There is no doubt that as we watch the television, listen to the radio and read the news reports our hearts go out to those caught up in this humanitarian situation. Firstly, I would like to thank all those on the ground, the Armed Forces, Border forces and diplomatic personnel for the job they have done helping those who need to leave Afghanistan get out and for continuing to do so in testing circumstances.

Since April we have been advising individuals who wish to leave the country that they should do so.  There is no denying that events have unfolded in front of us in the last two weeks at an unprecedented rate. The government has stepped up to ensure that we are working around the clock and across nations and organisations to ensure as many individuals as possible who wish to leave, can. Unfortunately, however, we will not be able to reach all of those we may have wished to protect.

Since mid August we have evacuated over 13,700 people, with nearly 16,000 evacuated since ARAP was commenced in April.

We have increased processing and evacuation capacity and we now have 1000 UK military personnel deployed in Afghanistan. When it becomes necessary they must also be able to extricate themselves and return home.  We know that the US are currently securing the airport and allowing the airbridge, organising air traffic control and protecting the airspace. However this will most likely come to an end  on the 31st of August and we need to have evacuated prior to this point. It is for that reason that we are quickly developing third country processing hubs and alternative routes back to the UK.  However we must have proper systems to ensure that those on the no-fly list are intercepted in order to keep citizens safe back in the UK and that all those who are entitled can be swiftly processed.

Sadly, it is a reality that not everyone will have time to use the processes in place and that is why the Home Secretary has announced a new resettlement scheme for vulnerable Afghan people that will focus particularly on women, children and other vulnerable groups. The Home Office have also established a number for vulnerable non-Britons in need of assistance and that number is already active.

On international engagement the UK has pledged to double the amount of humanitarian and developmental assistance previously committed to Afghanistan with immediate effect. The Prime Minister has made it clear we will play a leading role in the ongoing support to the people of Afghanistan, with the Prime Minister’s G7 meeting yesterday securing commitments from other western leaders for aid.

On the ground local British sources are helping to provide milk, snacks and food to those who are outside the processing area, given the conditions.  I would like to assure you that we are doing everything possible to bring as many vulnerable people back to the UK as we can in these most difficult of circumstances.

Once again I would like to thank all those on the ground, the Armed Forces, Border forces and diplomatic personnel for the work they are doing.