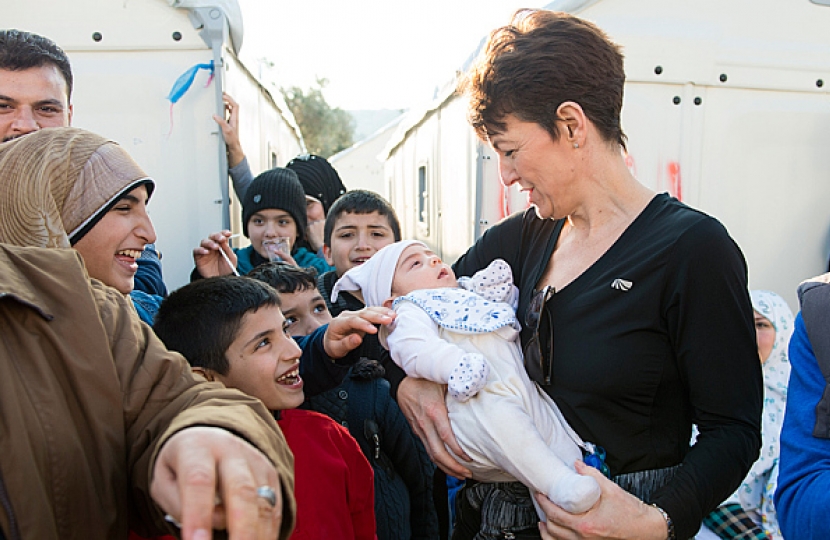 Last night, Parliament voted to reject an amendment tabled by Lord Dubs to the Immigration Bill to resettle 3,000 unaccompanied refugee children from Europe, to the UK. Having visited camps on the Greek island of Lesbos, I have maintained a very close interest in the response of the UK to the refugee crisis and particularly for the support we give to those unaccompanied refugee children. It was therefore with a heavy heart that I chose to vote against the amendment; a matter I gave a lot of thought to and wish to explain further.

The response of the UK so far has committed to taking 20,000 refugees from their home region and resettle them here in the UK. The decision was intended to help prevent refugees taking the perilous journey to cross the Mediterranean Sea and ensure the UK can deliver a successful resettlement programme.

The amendment to resettle 3000 refugee children from Europe, departs from the intention of the UK to reduce the numbers of refugees who cross the sea. It is often the case that unaccompanied refugee children are encouraged to make this treacherous journey on their own; to be reunited with their families on the European continent. By committing to resettling unaccompanied children from Europe, I fear we would have encouraged more and more children to risk their lives by making the crossing alone, with the promise of refuge in the UK.

I understand that the proposal to resettle more unaccompanied children from Europe is in light of distressing figures which, according to Europol, suggest that 10,000 refugee children have gone missing upon arriving in Europe and have most likely fallen into the hands of criminal gangs. These figures are utterly shocking and make for a terrifying prospect for the 95,000 unaccompanied children seeking asylum in Europe. However, the case that almost 10% of all children fleeing to Europe go missing, suggests to me we need to do more to safely resettling refugee children from their own region whilst delivering efforts to protect those arriving on this continent.

That is why I have worked closely with the Minister to deliver the latest announcement for a new resettlement scheme for 3,000 unaccompanied refugee children in the Middle East and North Africa to the UK, over the next four years.

In a statement to the House, the Minister acknowledged the hard work of myself and a team of colleagues, to ensure the response of this Government is timely, effective and overall provides the essential care to ensure this country continues to deliver more and more help.

I continue to pressurise the Government to ensure the UK delivers the best response to support all those affected by the refugee crisis.