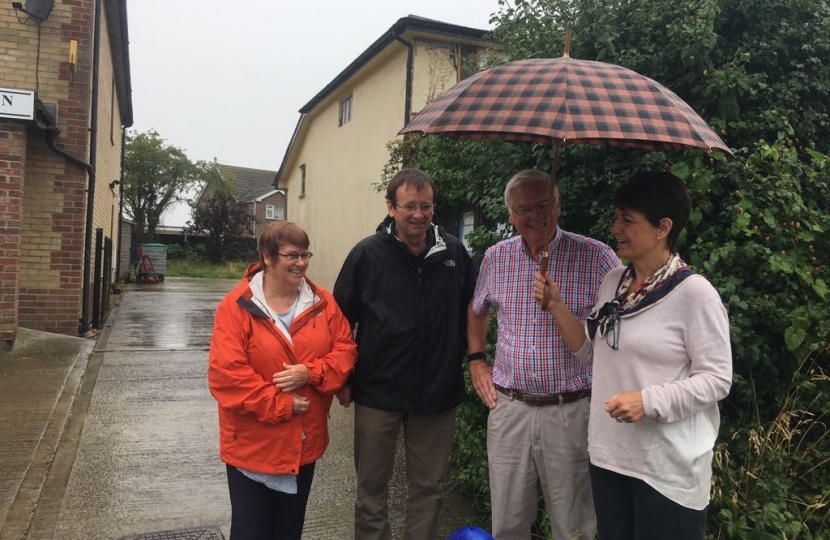 In a pointed letter to Royal Mail, Jo Churchill MP has criticised the Group for the lack of post boxes in Gislingham and Woolpit Green, stating “progress has not just stalled but reversed” with some residents going without for almost four years.

Mrs Churchill MP lay a number of criticisms before Royal Mail with regards to the rust and collapse of the box posts.

The letter highlights the inconsistencies in Royal Mail’s stated process of assessing and replacing collapsed post boxes and even their misunderstanding of where village post boxes were located.

Mrs Churchill said that, “further to our meeting last month in which you assured me of Royal Mail procedures, I was disappointed to see neither Gislingham nor Woolpit Green post boxes were even on your radar, let alone receiving the upmost priority.”

Woolpit Green village has been without a working post box since October 2014, despite promise of one a year ago from Royal Mail [former] Chief Executive, Moya Green. Gislingham has been without since September 2017 and both cases having been raised without demonstrable progress.

Speaking of these cases, Jo Churchill said: “It is absolutely disgraceful that for residents of Woolpit Green, a simple post box has not been replaced in almost four years. Procedures are there to ensure these things are resolved quickly, effectively and with the fullest of communication. It’s safe to say this hasn’t been the case and doesn’t instil confidence that Gislingham residents will see their post box returned anytime soon.”

She described how even communication has been at a minimum, with “letters going unanswered and a clear failure to plainly address the issue.”

“The collapse of post boxes is significant for residents of rural villages… It is no wonder residents believe that this is yet another step in the degradation of rural postal services as a whole.”

Chairman of Gislingham Parish Council, Chris Pitt said: “It is a regulatory requirement that there is a post-box within half a mile of at least 98% of all ‘delivery points’ nationally. Without a working post box in Gislingham, they are patently missing this requirement.”

Mr Pitt went on to highlight the early stages of a complaint raised with OFCOM about the “appalling service and lack of communication by Royal Mail.”