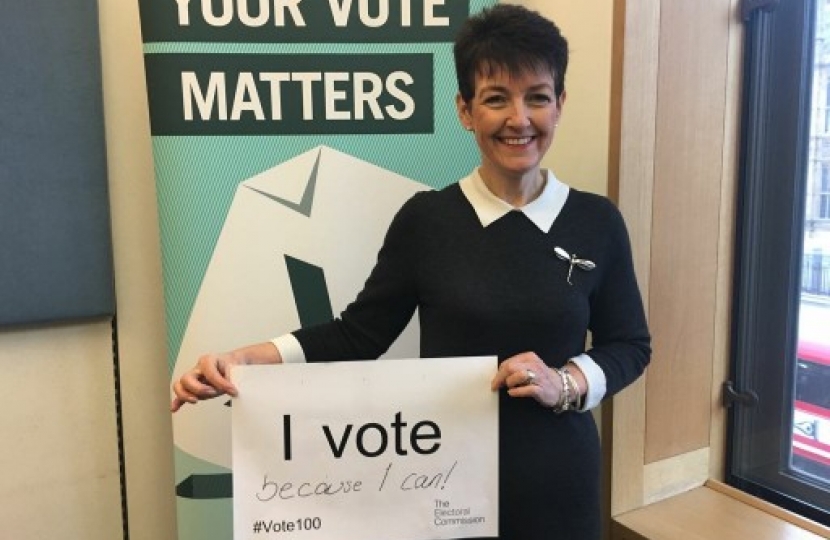 In a series of campaigns to commemorate this landmark, Jo Churchill is adding her voice to those pushing for marked improvement in equal representation one hundred’s years on from the vote.

The 6th February marks the centenary of the Representation of the People Act 1918, which gave some women the right to vote and proved a vital step towards the rights women have today.

“100 years on, this is a fantastic opportunity to reflect on how far we have come thanks to the extreme bravery and sacrifice of the women who fought, and in some cases died, for equality.

A record number of women were elected to Parliament at the 2017 General election, but there is still a lot more work to do.

I say that not just as a Member of Parliament and the first woman to win my seat, but as a wife, a mother and someone who fervently believes in empowering both men and women to be the best they can be, in whatever it is they do.

I want to see more women standing for public office and better represented across society. That is why I will be celebrating this milestone and using it as an opportunity to foster an even more equal society for the next hundreds years.”