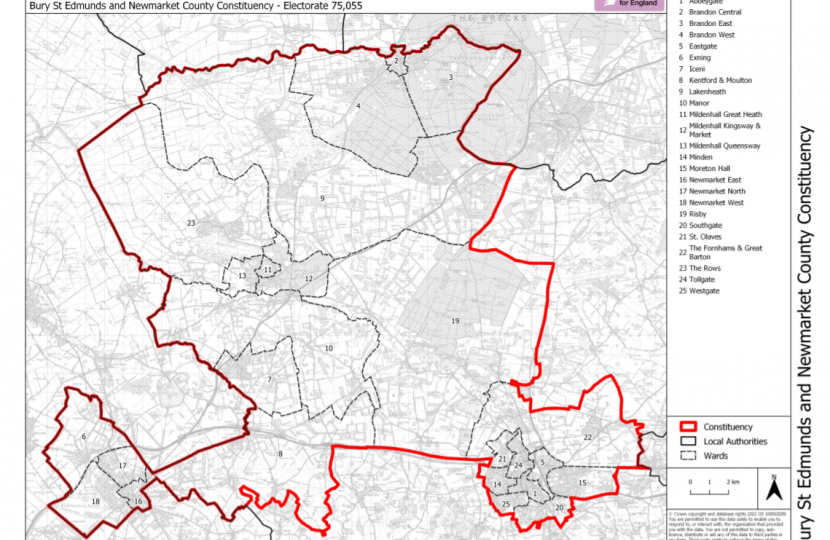 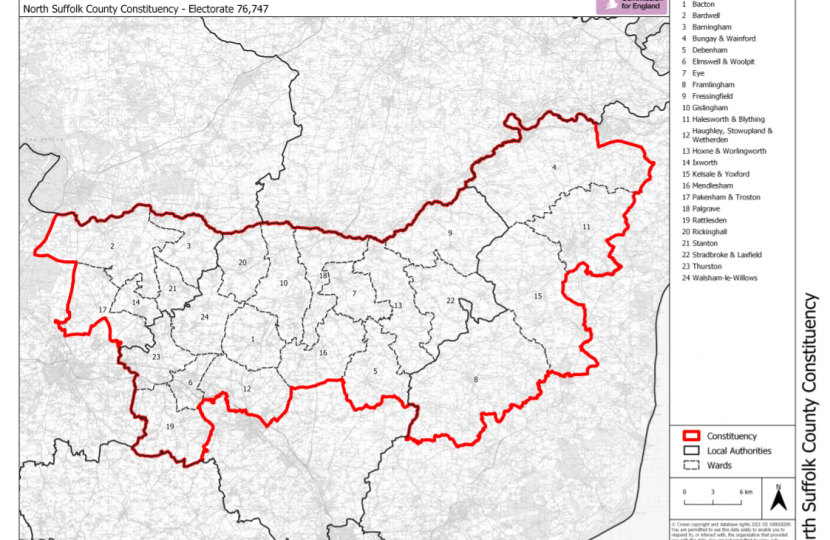 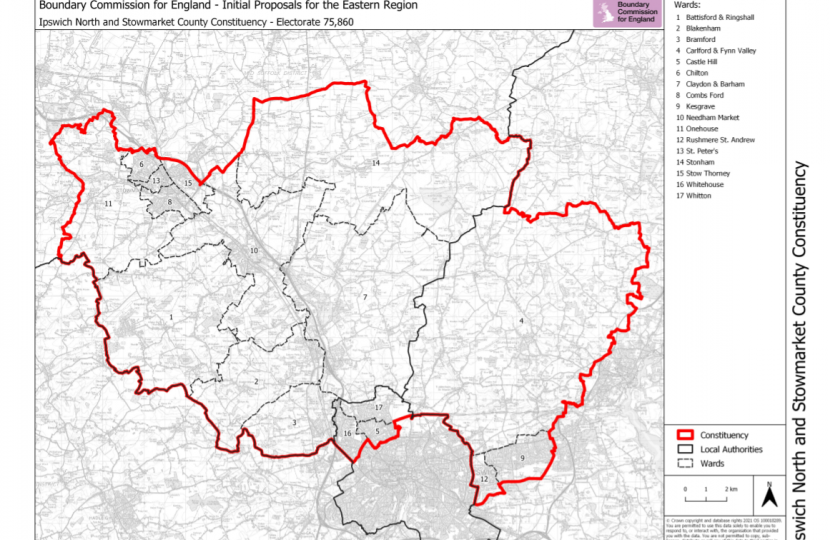 It is important for you to have your say on the proposed new constituency boundaries put forward by the boundary commission, you can do so here.

The proposed map and the report for the Eastern region can be downloaded from the 'Attachments' section.

Who are the Boundary Commission for England and why are they doing this?

The Boundary Commission for England (BCE) is an independent and impartial non-departmental public body, which is required to review Parliamentary constituency boundaries in England (there are separate commissions for Northern Ireland, Scotland and Wales). They must conduct a review of all the constituencies in England every eight years. Their role is to make recommendations to Parliament for new constituency boundaries.

BCE are currently conducting a review of Parliamentary constituency boundaries on the basis of rules most recently updated by Parliament in 2020.

These rules require BCE to make more equal the number of electors in each constituency. The legislation states that there will be 650 Parliamentary constituencies covering the UK – the same as the current number. England has been allocated 543 constituencies for the 2023 Review, ten more than there are currently. There are also other rules that the Commission has regard to when conducting the review – a full set of the rules can be found in our Guide to the 2023 Review, available at www.bcereviews.org.uk and at all places of deposit. Most significantly, the rules require every constituency we recommend (with the exception of two covering the Isle of Wight) to contain no fewer than 69,724 electors and no more than 77,062 (as at 2 March 2020).

As far as possible, BCE try to have regard to local ties, geographic factors, local government boundaries (as they were known at 1 December 2020), existing constituencies, and minimising disruption caused by proposed change. They use local government wards as the building blocks for proposed constituencies, but will consider splitting a ward where there is a strong case for doing so that helps us better respect the factors above.

What are the timescales?

There is an eight week period of public consultation on our proposals, during which BCE encourage people to give their views, in particular describing alternatives they believe would be better.

All of the responses to the first consultation are published and there is a six-week period of 'secondary consultation', during which people can give their views on what others have said in the first consultation. There are no new proposals at this stage. During this six week period, BCE will also hold a limited number of public hearings in each English region (more details of these hearings will be made available closer to the time).

After analysing all the responses from the first and second consultations, BCE will make appropriate changes to their initial proposals and publish these 'revised proposals' for a final four-week period of public consultation.

By 1 July 2023: Final report and recommendations

After analysing all the responses to the third consultation, BCE will make appropriate changes to our revised proposals, and submit their final report and recommendations. This is the end of BCE involvement in the process.

Late 2023: Recommendations made into law

Within four months of the last of the four Commissions submitting their report, the UK Government must prepare the Order that would bring all their recommendations into law. Following recent changes, this Order no longer needs the approval of Parliament: it is sent directly to the Privy Council. If the Privy Council approves, the new constituencies are used at the next General election following that (not at any interim by-elections).

What does that mean for me?

The boundary commission have  proposed one constituency that contains electors from Essex and Suffolk, which includes a number of wards from the Braintree district, including the town of Halstead, with a number of wards from the West Suffolk district, including the town of Haverhill. This would lead to Bury St Edmunds being placed in a constituency alongside Newmarket. Thurston, Elmswell & Woolpit would be placed in the constituency of North Suffolk. Stowmarket is moved to Ipswich North & Stowmarket. You can find all the details and maps of the proposed constituencies here.

Looking ahead to the Queens speech

Last week Parliament was dissolved, this happens before the start of a new Parliamentary session. This will be the third session and will commence with the State opening of Parliament on May 10.