Working Hard for Bury St Edmunds, Stowmarket, Needham Market & all the villages in between 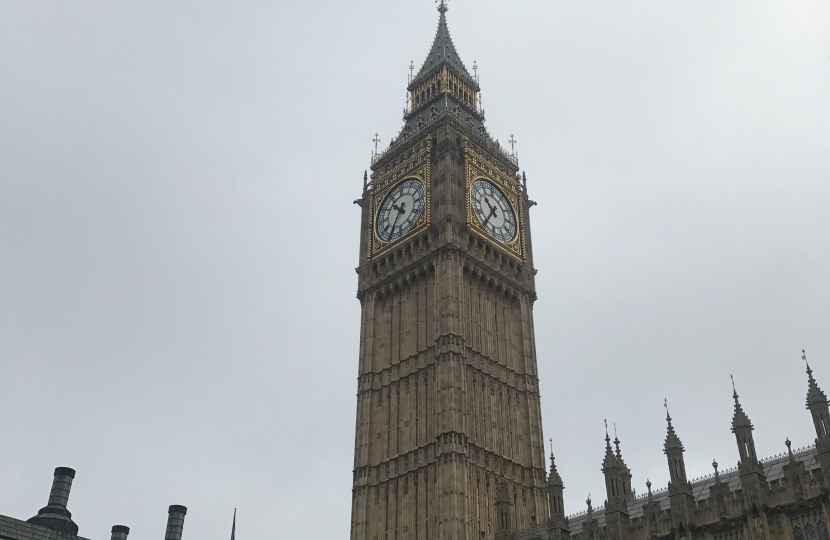 It has always been my clear aim that I want us to leave the EU with a deal. The terms of the existing Withdrawal Agreement in its current form are, however, unacceptable to Parliament. MPs have rejected it on three occasions, along with a number of other options put in front of them.

The Prime Minister is seeking to reach a new deal with the EU. This would provide certainty and stability on both sides of the Channel. Taking action on the ‘Backstop’ would also allay concerns about the integrity of the United Kingdom, something that everyone should be aiming for.

The new proposals also mean the Northern Irish Assembly will need to give their consent during the transition period, with a further vote taking place every four years, if necessary. This ensures the alignment would have the democratic consent of the people of Northern Ireland. The proposals also honour the Belfast / Good Friday Agreement.

It takes two sides however to negotiate. It is not within our power to make the EU do so. We must therefore prepare for all eventualities, including leaving the EU with no deal. This work is being coordinated across Government by Michael Gove.

The Chancellor of the Exchequer has confirmed that all necessary funding will be provided to prepare for a no deal scenario. Changes to tax rules will also help to boost productivity and increase competitiveness if no deal is reached. EU citizens' rights will be guaranteed in all circumstances. It would be a positive step if the EU would commit to the same.

In the event that no deal is reached, trade with the EU would follow the same procedures as currently apply to trade with the rest of the world. The Government has published a range of information and guidance is available at www.gov.uk/business-uk-leaving-eu.

I regularly meet with businesses from across our community, listening to their concerns and feeding back any issues to colleagues in Government. The prospect of leaving the EU without a deal is creating uncertainty. Arguably more uncertainty is being created by the extensions of Article 50 that we have already seen due to Parliament not being able to find a consensus. A £10 million no deal Brexit fund has also been launched, alongside Brexit readiness roadshows across the UK.

The Department of Health and Social Care has written to all medicine suppliers asking that they continue preparations for all negotiation outcomes. This is important in order to minimise the risk of disruption. Work also continues to ensure that medicines imported from the EU with a short shelf-live, such as radioisotopes, can be brought over by air in a no deal scenario.

The latest no deal Brexit readiness report can be found at https://www.gov.uk/government/publications/no-deal-readiness-report.

In all circumstances, the UK Government wants to have a positive future relationship with the EU. I have no doubt that the EU will want to have a similar relationship with us. We are important trading markets for each other, as well as cooperating across a number of areas, including security.

However, these negotiations cannot begin until we have left the EU and are a ‘third country’.

My preference for leaving the EU with a deal comes from the likely inclusion of a transition period. This will ensure trade can continue without barriers while the future relationship can be negotiated.

Throughout the Brexit process I have been conscious of our prominence as a global trading nation. We have built relationships around the globe over hundreds of years. Leaving with an agreement would preserve those longstanding relationships, such as those with the EU, but allow us to develop new and growing markets and relationships with countries where our exports lag behind competitors.

Trade is central to jobs locally and across the UK, protecting and growing such jobs remains foremost in my mind. An orderly exit from the EU is the best way to ensure this is the case.

One thing the Brexit debate has not lacked is time for Parliament to discuss the issue. What has been missing has been a pragmatic consensus. Over 500 hours in the chamber, over 200 hours of Select Committee time and thousands of hours of other meetings of various ‘groups’ and discussions have occurred in Parliament.

The next EU Council meeting is due to take place on 17th and 18th October. Any new deal was always likely to be forthcoming after this meeting. To be clear, negotiations have been ongoing with the EU since the Prime Minister took office back in July. The EU Council was always the logical culmination of these efforts.

To revoke Article 50, the triggering of which MPs voted for by 494 to 122, would not heal the divide we have seen in our country and would cast great doubt in our democracy in the minds of many.

I remain committed to delivering the result of the referendum in 2016. Elected representatives cannot start to pick and choose which democratic decisions they uphold. To do so would cast doubt on the integrity of our democracy.

Living in our community gives me a good sense of the local mood. The phrase or comment I hear most is ‘just get Brexit done’. This is a sentiment I support.

It is shocking to see the pollution in the River Lark that has been reported near Rougham Road in Bury St Edmunds.